What is the Beaufort Scale?

The Beaufort Scale, used throughout the marine world, has developed over many years since it was first devised by Admiral Francis Beaufort in 1806.
Today, the Beaufort scale is defined for seamen in terms of sea state. It's emphasis is more on the observed effect of the wind, rather than the actual wind speed. 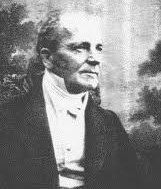 Francis Beaufort was born in 1774 in County Meath, Ireland and began his nautical career at 13 as a cabin boy in the Navy. He realised that it was important whilst at sea to be aware of, and to know about weather conditions, so started to keep a meteorological journal, which he continued to do until he died.

By the age of 22 Beaufort had risen to the position of lieutenant. Whilst on assignment in 1812, which was a combined hydro graphic study and patrol mission against the pirates operating out of the Levant, the mission came under attack and Beaufort got hit in the groin by sniper fire, leaving him with a fractured hip. His ship was called back and Beaufort's Navy career changed direction at this point. He was given the position of Hydrographer to the Admiralty, and never returned to the sea. Beaufort rose to the position of Rear Admiral, and worked in the Navy until two years before his death in 1857, serving for 68 years.

Beaufort invented the Beaufort Scale in 1806, and used it from then onwards. The Royal Navy then adopted his method in 1838. Although over the next hundred years the Beaufort scale was slightly adapted, it is still based around Francis Beaufort's original concept.